How a Counseling Center Can Help Your Mood

Life can be described in a lot of ways. But it’s almost never described as being easy. Most of our major physical needs in life are met fairly easily these days. The majority of people in Western countries will never have to worry about lack of a roof over their head. And very few people will ever have to wonder where their next meal is coming from. When society is examined like that, it seems like everyone should be happy. But most people experience a sense of malaise within their life. Or a sense of stress which they really can’t pinpoint. There’s a good reason for this general unease. 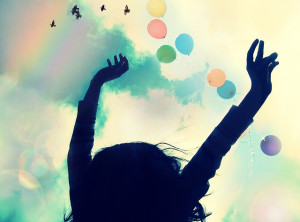 People often find themselves having trouble coping with life because it seems like all of their needs are met. In reality though, they’re often only meeting their physical needs. There’s a host of social and mental needs, which are a vital part of a healthy lifestyle. Our culture has, until fairly recently, ignored or trivialized many of these things. And it’s easy to see how this has been to the detriment of the average person.

There’s an old saying that no man is an island. However, somehow people are expected to be one. Society has isolated people, and even made them unable to properly share the important parts of their lives. It’s taking a continually worsening toll on people’s lives.

It’s obvious that people should go to the doctor when they’re experiencing symptoms of illness which persist over a long period of time. A minor illness, if left untreated, can explode into something far more dangerous to a person’s life. Stress, depression, anxiety or other social issues can also increase in severity if left untreated. General malaise can spiral into depression, anxiety into a serious social disorder, and the examples go on and on. But even aside from worries over illness, people need to talk over their problems just to be truly happy. Humanity is defined by being a social animal. We, more than any other species on earth, exist primarily within a social sphere.

Our brains are heavily wired for facial recognition and our minds to use language to communicate with each other. Expressing feelings and talking over issues with people is a uniquely human activity. It’s part of what makes humans human. It’s also an important part of a healthy lifestyle. To be fully healthy one needs to go to a doctor on a regular basis, and receive counseling when feeling ill at ease. A doctor will be able to determine if rehabilitation the next necessary step to your recovery. Sometimes just sharing your experiences with people in the same situation is not enough to stop the problem. At Narconon Fresh Start, they produce long term success by applying a rehabilitation philosophy designed to resolve addiction. Narconon Fresh Start specializes in procedures that help our clients regain their awareness so they can properly identify and overcome the problems that are perpetuating their addiction

Do not refuse assistance, please contact us at our address